LAREDO, TX - Criminals have once again attempted to use produce as a disguise for their illegal activities, but U.S. Customs and Border Protection (CBP) Office of Field Operations (OFO) officers have stepped in to protect the fruits and vegetables we hold dear. “The trafficking and production of methamphetamine has increased substantially over the past year, causing drug traffickers to become more creative in their methods of smuggling their product into America,” said Acting Port Director Andrew Douglas, Laredo Port of Entry.

On October 28, officers uncovered a shipment containing 1049.84 pounds of alleged methamphetamine masquerading as a load of frozen vegetables. According to a press release, the seizure occurred at the World Trade Bridge when a tractor hauling the shipment was detained and referred for canine and non-intrusive imaging inspection.

Inspection of the vehicle discovered 352 packages of the alleged drug, which is estimated to have a street value of $20,996,610. 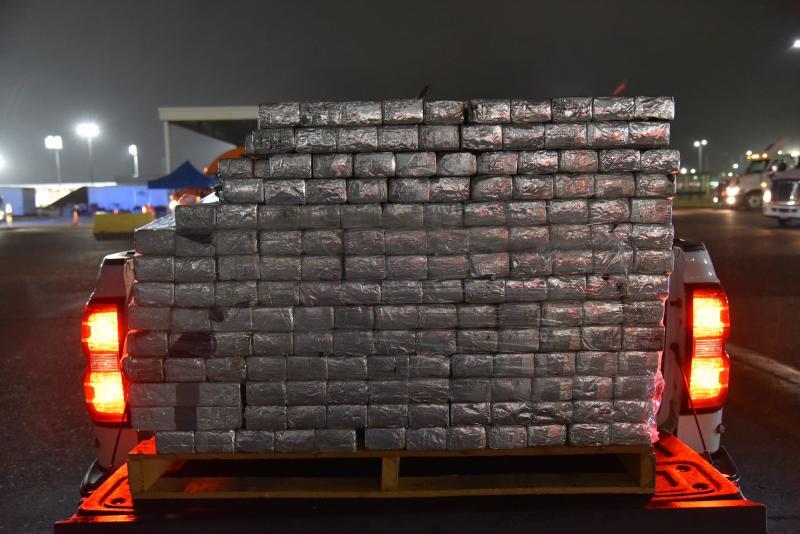 CBP officers seized the narcotics from the tractor-trailer and have turned them over to the U.S. Immigration and Customs Enforcement-Homeland Security Investigations (ICE-HSI) special agents who will continue to further investigate the incident.

With nefarious criminals once again apprehended and kept from exploiting fresh produce, we would like to thank all of the officers who continue to stop the illegal activities.